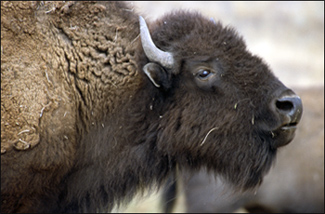 The Center for Biological Diversity and Western Watersheds Project filed a notice of intent to sue the U.S. Fish and Wildlife Service over its decision that the plains bison, a cousin of the American buffalo, does not warrant protection under the U.S. Endangered Species Act.

Millions of bison once roamed across a large area of North America. According to the International Union for Conservation of Nature and Natural Resources, American bison roamed from northern Mexico to Alaska. The plains bison is a sub-species of the American bison or buffalo.

According to the group, the Endangered Species Act requires protection of species when they are endangered in “all or a significant portion of range,” and is broadly purposed to protect species and “the ecosystems upon which they depend.”

To claim bison do not deserve protection, the USFWS ignored the fact that bison are gone from nearly all of their historic range and instead argued it must only consider the species’ current range, said CBD. Scientists refer to the practice of ignoring historic loss of wildlife populations as a “shifting baseline,” whereby successive loss and degradation of the environment is accepted by only looking at a narrow window of time.

CBD cited a number of threats to remaining bison herds, including:

In particular, bison in Yellowstone National Park, which make up the largest and wildest remaining herd, “continue to face slaughter and persecution if they leave the boundaries of the park,” noted CBD.

“There have been no documented cases of bison passing disease to cattle in the wild, yet we continue to confine bison to the park, limiting and retarding their recovery,” said Jon Marvel, executive director of the Western Watersheds Project.